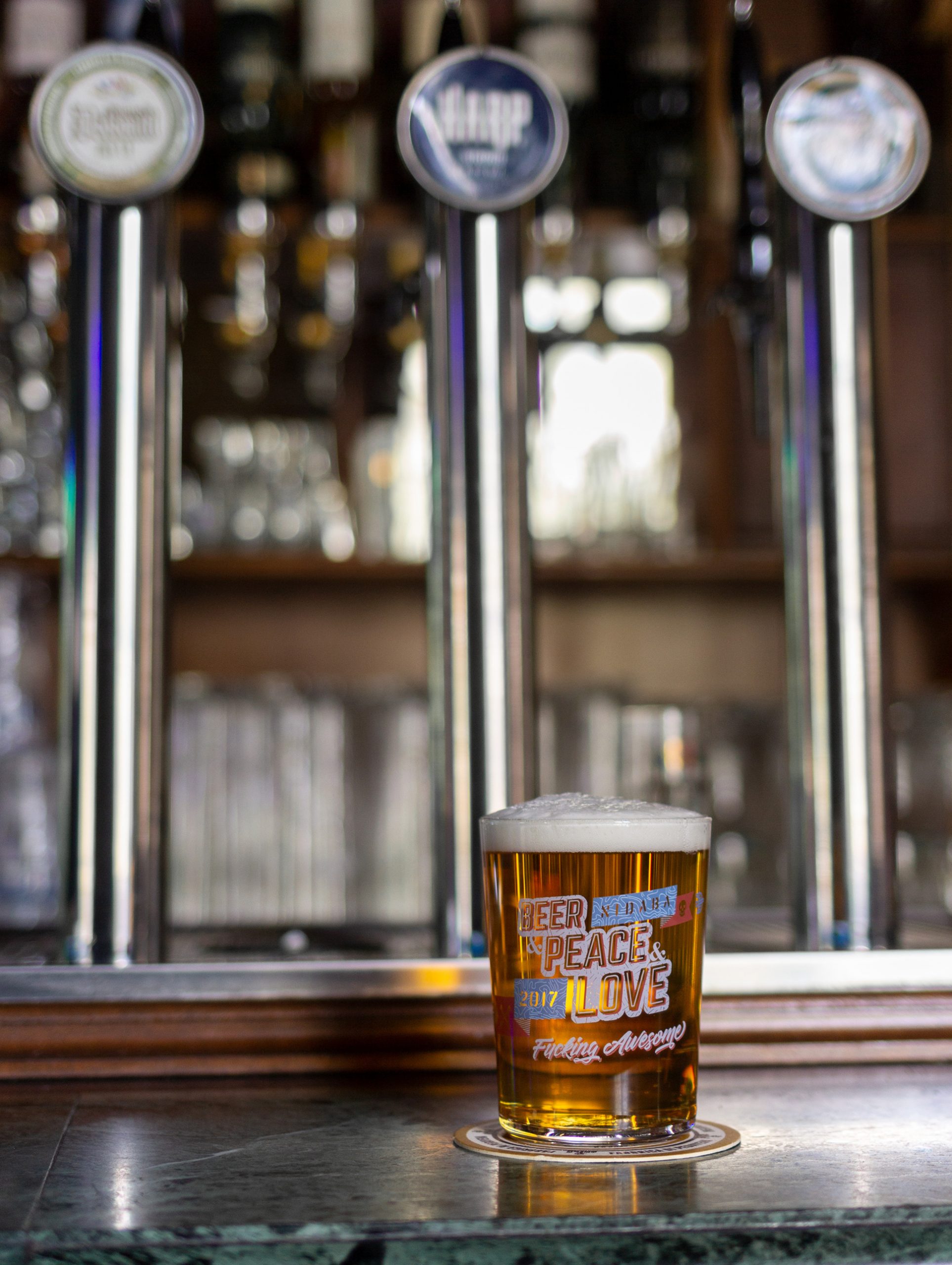 Do you have to pick beer glasses and you don’t know where to start? Let’s see together which are the most famous types on the market matched according to the type of beer.

Beer, like wine, is a beverage made from only natural ingredients. It is called a real food for its high energy and nutritional content. The all-natural origin of the ingredients, strongly binds every type of beer to a particular territory.

Blonde or amber, stout or lager, in every area of the world we find a characteristic beer and a typical container to taste it while enhancing its characteristics. There are hundreds of types of beer glasses, a figure that far exceeds any other product on the market.

Here we show you a selection of some of the most popular forms, each one specific for a particular type of beer, among which you can choose.

Pilsner: one of the most widespread forms in the world. It probably comes from the evolution of the classic Medieval tavern glass to become a trunk of tapered cone, with a small base for stability. Ideal for light beers (as the name suggests, or Plzen beers) in which the foam is enhanced and maintained for a long time.

Pokal or Conical Column: With a shape similar to the Pilsner, the Pokal is probably a further evolution of the medieval glass to which was added a low and solid stem, lends itself to the service of double malt and amber beers.

Thistle and Tulip : Another low-stemmed chalice derived from the Pokal is the Thistle. Born in Scotland, it obviously recalls the shape of the thistle, the national emblem flower. In addition to the nationalist suggestion, however, the glass adapts perfectly to the beers of the highlands: a capacious cup from which, through the narrowing of the upper part, are released aromas and intense aromas of high-gradation beers. In this category we can also include the thousands of variants of tulip-shaped glasses, where the upper part is widened by exalting the aromas coming out from the superficial foam of the beer, especially the clear and important Belgian amber ones.

Goblet and Cup: although there are some differences between the Goblet and the Cup can be grouped under the same type of product. Both glasses are characterized by a not thin stem and a parison with an important content that can be without narrowing (Goblet) or with the edge closing (Cup). Typical of the service of Belgian Trappist beers where the possibility of forming foam is not preponderant compared to that of releasing the intense aromas that characterize them.

Snifter: The Snifter or Napoleon is the glass for the tasting of brandy and cognac. Its shape with low stem and large cup to close is born to be able to be placed on the palm of the hand in order to rotate and warm its contents thus favoring the exhalation of the perfumes and aromas with high alcoholic intensity. Obviously this function is very well suited to beers and great organoleptic character, of higher alcohol content and without foam.

Nonic or English Pinta: the container of the unit of measure (Pint) for liquids established by the English Parliament in 1698 has undergone in the time numerous modifications up to the current version created in the seventies of the last century. Its characteristic conical truncated shape with the ring near the edge (thanks to which it avoids that the edges of the glasses touch, hence the name no-nik, no chipping) make it one of the symbols of English pubs and Anglo-Saxon atmospheres.

Imperial: It is the universally recognized glass for dark Irish beers, owes its huge fame especially to the Guinness the most famous and drunk stout beer in the world. Its shape, in the classic measures of 1 pint and half pint, allows the beer to stay cold and form the classic “hat” of 1 cm foam.

Mug or Beer Mug: The double-thick glass glass with handle that allows you to drink light, light and cold beer without warming it with your hand is a timeless classic of German culture. The glass version derives from the traditional ones in stoneware and pewter with lid, still very present in Germany. Its spread to the rest of the world has led to lighter and smoother glass versions, much used for robustness and practicality.

Weizen: Another typical product of German culture, the Weizen or Weiss glass is exclusively used for wheat beers, the weiss. Strictly in the measure of half a litre, its slender shape allows the correct development of the abundant foam of this type of beer.

Stange or Altglas: Still a symbol of German beers, the stange is exclusively linked to the service of the Altbier and the Kölsch. Its narrow and elongated cylindrical shape, made of very light glass, (the name means rod or stick) helps to compact the beer and at the top and to convey the aromas not so bursting of this type of beers.

Flute: Flute is the quintessential glass for Champagne; this category therefore includes all those tapered models that, taking origin from the pokal, make it more slender and elegant. These models are appreciated for tasting beers with a strong sparkling accent where the narrow shape is also able to enhance the aromas.

Ballon: Borrowed from the world of wine the Ballon for beer acquires form and function. The cup, spherical and of great content, rests on stems with variable length but tendentially low. The tasting in these glasses allows a swirling that releases the intense aromas of double malt and aromatic beers, where the foam is not present.

Shaker or American Pint: Born in the U.S. after the Second World War, inspired by the glass glass of the American shaker (Boston), it is the standard of service of the u.s. Pint (47.3 cl.) It has had great diffusion for its simple, practical and universal shape, is used for the most varied types of beer. Its sobriety and practicality made it the most popular glass in craft breweries around the world.

American Ipa Glass: The special glass presented in 2013 following the study of an ideal shape that could enhance the characteristics of Imperial Pale Ale American and non-American. Its particular shape makes it immediately recognizable and in the opinion of its creators the right tool to enhance the aromas and aromas of hops.

Teku: the glass created in Italy in 2006 for professional tasting, particularly appreciated for craft beers.  Lorenzo Dabove (Kuaska) the leading Italian beer expert and Teo Musso the famous brewer (hence the acronym Teku) have designed a form that would allow you to taste all types of beer, or the universal glass.

Special: With special shapes we should open a separate section. There are countless models that, for reasons of folklorisitche or promotion of a brand have been created and products for beer. Famous in the world are the “coachman’s cup” for Kwak beer with its wooden pedestal; the horn-shaped glass with pewter or steel supports; the multi-faceted double-thick glass glass generally used for Blanche beers; ceramic or pewter mugs with lids typical of the German tradition, and many more…

In the picturesque setting of the Sienese countryside, in Castelnuovo Berardenga on the hills of Chianti, the Wine Resort DIEVOLE hosted the Lunch in Frantoio,

The decorated plates of the APERITIF LINE

Fancy finger food? with the summer season there are opportunities for aperitifs, lunches and dinners outdoors. Fara has designed new decorations that customize with unmistakable

The bicolor Martini cup was created during the lockdown period: “May it be a good omen for a return to normality” “We want to look

PrevPreviousThe decorated plates of the APERITIF LINE
NextAssaggiaolio a DievoleNext